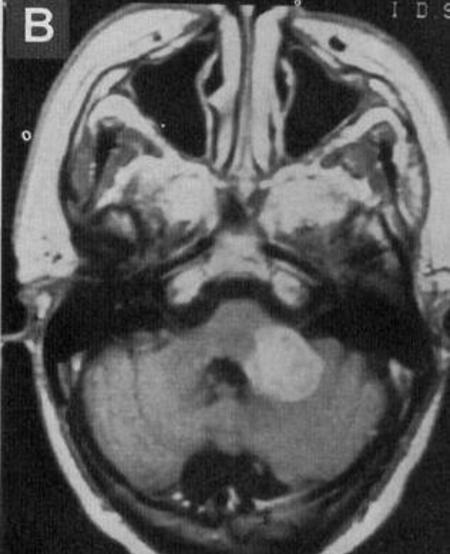 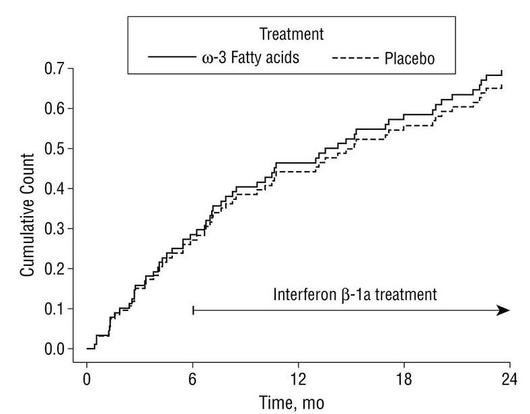 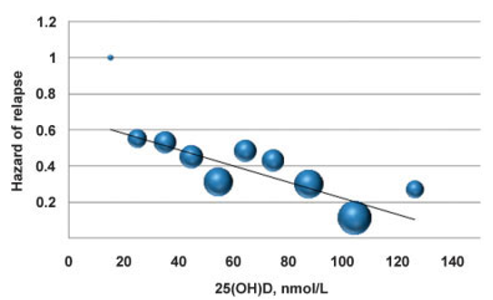 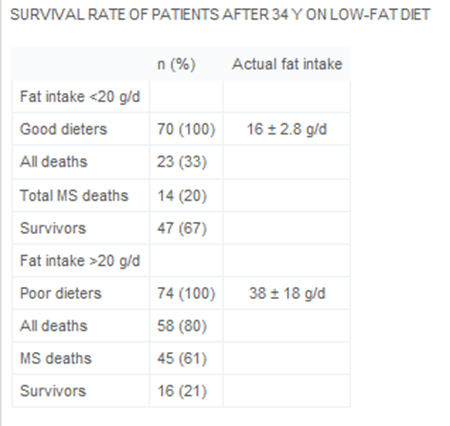 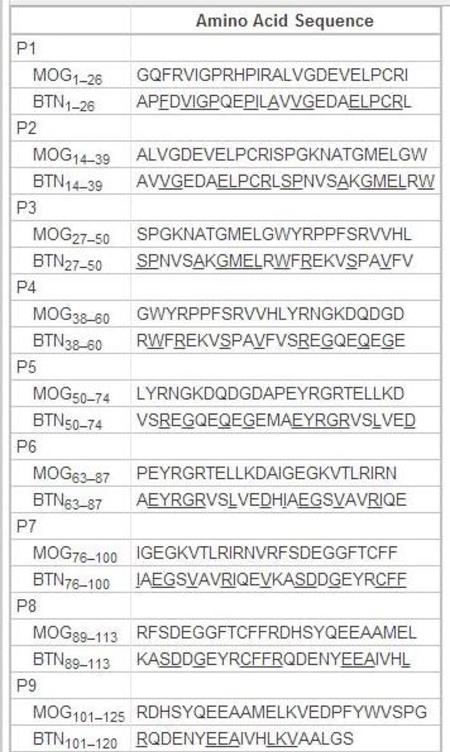 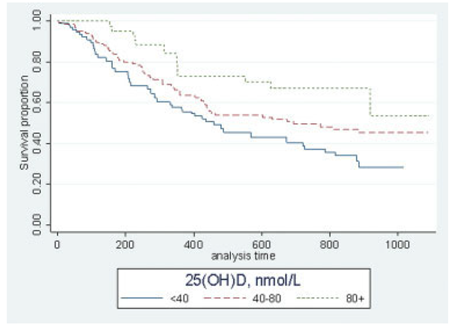 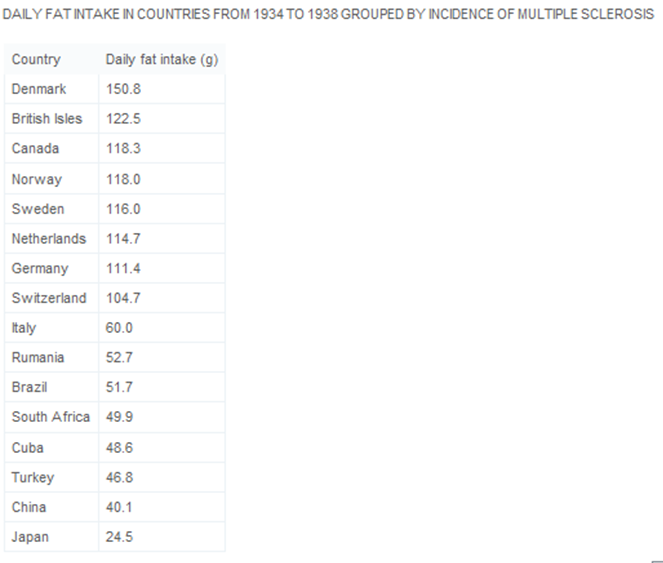 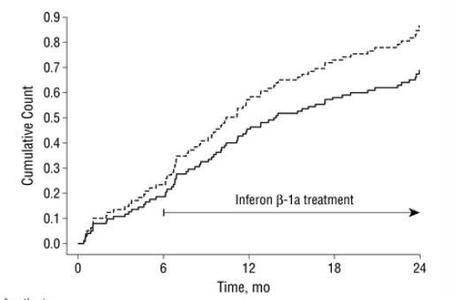 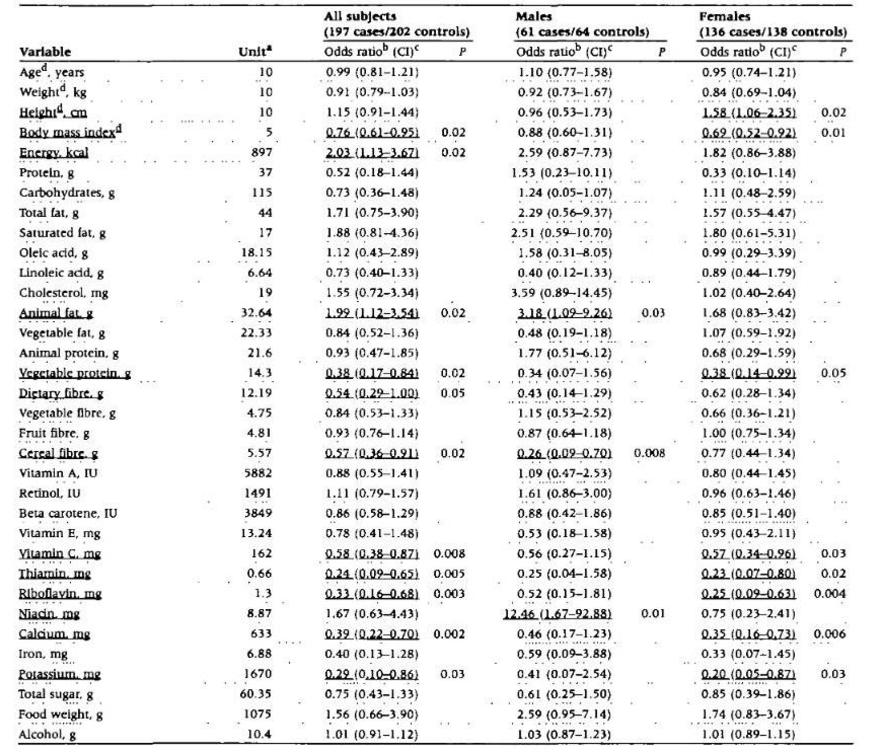 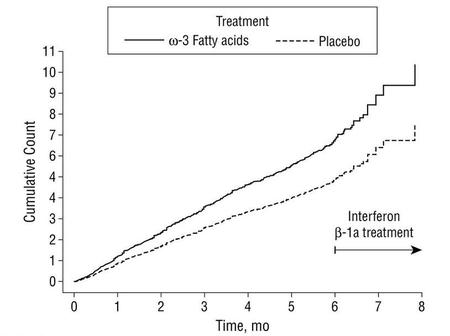 10) There are anecdotal reports of MS relapses triggered by specific foods (45) and remission following dietary changes.

This is a list of dietary principles which may have significance in the treatment of multiple sclerosis.  These principles have varying degrees of merit.  None are proven.  Speculative dietary ideas and comprehensive diet plans (i.e. the "swank" and "Terry Wahls" diets) are excluded from this list. The first list simply lists the dietary principles and brief information about how they can be implemented.   The second list briefly reviews the evidence/theory behind the principle.

It is the opinion of this author that anecdotes regarding personal dietary implementation and subsequent results/symptoms are very likely to be misleading due to the placebo effect and the regression to the mean effect.  This is particularly concerning for relapsing multiple sclerosis.  I don’t mean to say that anecdotes should be disregarded but rather that principles should be subjected to serious scientific scrutiny.  Unfortunately, it is often difficult to test diet as a treatment for human disease due to a) unblinding, b) poor patient compliance with diet, c) lack of funding (as there is no opportunity to profit from the study results), and d) poor methodology used by many investigators.  Furthermore, different supplements may have a marginal and undetectable benefit individually but may have a clinically significant effects when combined with other strategies. For instance, if supplementation with riboflavin 100 mg daily had a 5% benefit in preventing disability progression in primary progressive multiple sclerosis, this would be extremely difficult to tease out in a clinical study.

sun exposure to the entire body for an amount of time necessary to produce minimal redness of the skin is estimated to release 10,000-20,000 international units of vitamin D (6)

Optimal level of serum vitamin D [25(OH)VD] is unknown but estimated to be > 30ng/mL (75 nmol/L) by some experts (7).  Others recommend higher levels.

11) B12 (often 1000 mcg subcutaneously or intramuscularly monthly;  sublingual B12 also available (2,500 mcg weekly for maintenance or 2,500 mcg daily for deficiency);  oral supplements may not be absorbed in some people)

20) Low sodium diet (i.e < 2g sodium daily [or as low as 1.5g daily per some sources]; sodium is generally high in processed food and foods with added salt. Beets, celery, carrots, meat, and some other natural foods also contain high amounts of sodium).

Explanation of dietary principles and degree of evidence

There are many pre-clinical speculative reports suggesting that lipid metabolism may have an effect on the vascular endothelium in the blood brain barrier (8).  One study suggests that individuals with multiple sclerosis have a different fatty acid composition of lecithin in the nervous system (9).  A cross sectional study also suggested an association between oxidized low density lipoprotein (LDL) and higher disability (EDSS) in MS patients (10) .  Liver consumption (liver is high in cholesterol and saturated fat) amongst individuals with MS has been associated with more severe disease (62)

Examine the following data from 1934-1938 which demonstrated a marked variation in fat intake in different countries and a rough correlation with the prevalence of multiple sclerosis (94):

Aware of this, Dr. Swank placed 144 MS patients on a low-fat diet (< 20g fat/day).  Those who adhered to the diet had less clinical deterioration and lower mortality (2).  In fact, after 34 years, 95% of the those who adhered to the diet "survived and were physically active" (2).  The mortality data comparing "good" and "poor" dieters is striking (94):

Of note, the fat intake of the "poor dieters" only averaged 38 grams per  day which is very low compared to the typical American.

These patients also did well in comparison to reports of the natural history of multiple sclerosis.  However, this study was only observational and did not have a blinded investigator. An evidence based cochrane review felt that the study's methodology was too poor to draw any serious conclusions (21). Of note, the famous nurses health cohort study from Harvard with 92,422 women and 14 years of follow-up did not find a link between total fat or saturated fat consumption and the risk of MS (69). Here are the results showing quintiles of total fat and animal fat consumption (quintile 1 on the left and quintile 5 on the right) [69].

There isn't the slightest hint of a correlation, but it should be noted that even the lowest quintile has much higher saturated fat consumption than recommended by Dr. Swank.  Perhaps the variation among the general population is too low to detect an effect.

A recent study in 2014 was performed in 2014 at OHSU with a single blind methodology randomizing patients with relapsing remitting multiple sclerosis to either a low fat plant based diet or no dietary intervention.  The patients receiving intervention had less fatigue, lost weight, and had more favorable lipid profiles, but there was no clear effect on MRI or disability outcomes (1).

Another study found that low-fat dietary advice and omega-3 fatty acid supplementation was associated with lower relapse rate and lower disability (EDSS).  The treated patients were found to have lower plasma n-e fatty acids and higher n-6 fatty acids (3).  There was no control group in this study, and only 16 patients with early disease (mean disease duration 1.6 years) were followed, but annualized relapse rate (average rate of MS relapses per patient per year) was only 0.06 compared to 1.39 prior to the study:

Please note that “before-after” studies are methodologically limited due to a “regression to the mean” phenomenon seen in the placebo group of all multiple sclerosis studies.

In yet another study of 31 patients with relapsing remitting multiple sclerosis, a randomized trial was done with a low fat diet (15% calories from fat) and fish oil versus an American Heart Association step I diet (30% calories from fat) with olive oil supplementation (meant to be a placebo for fish oil).  They were followed for an average of 11 months, and the lower fat diet with fish oil group had less fatigue and there was a weak trend towards a greater decrease in relapses compared to the pre-study period (15% fat group + fish oil group: -0.79 +/- SD 1.12 relapses/year (P = 0.021) vs. -0.69 +/- SD 1.11 (P = 0.044) in the 30% fat + olive oil group) (4)

Interestingly, some early multiple sclerosis reviews suggested a deficiency of fat as a possible cause of multiple sclerosis (45) based on reports of low fat intake in some MS patients.  The overall data on this subject is somewhat murky.

The correlation between low vitamin D and multiple sclerosis is well known.  In fact, patients with multiple sclerosis have a slight lower bone mass than age-matched controls, likely due to low vitamin D levels (51).  In a North American  study with 79 pairs of identical twins, one with MS and the other without MS, the twin with MS on average reported less childhood sun exposure (57).

One study showed that lower vitamin D level in pregnant mothers is associated with higher risk of MS in their daughters (relative risk of 0.59 for mothers in the 5th quintile of vitamin D relative to mothers in the 1st quintile);  (11). The risk to develop MS within 3 years for Canadian children with clinically isolated syndrome is linked to vitamin D blood levels (12).  For individuals in the US military, high vitamin D predicted lower risk of developing MS (relative risk of 0.38 for the 5th quintile vs. the 1st quintile (13).  Among those with clinically isolated syndrome (individual with a single demyelinating attack who do not yet meet the diagnostic criteria for multiple sclerosis), higher vitamin D levels were associated with a lower probability of developing MS and lower lesion accumulation (93).

In another study, supplementation of 400 IU of vitamin D in 200,000 US women was associated with a 33% lower incidence of future development of multiple sclerosis (13).   Higher vitamin D level is also associated with a better clinical course (14, 95).

For instance higher vitamin D was related to relapse rate in a Tazmanian cohort (95):

This data is from a multivariate analysis, and larger bubbles represent greater precision.  A survival curve for relapse free patients shows similar results (95):

This has been corroborated by various studies including a Finnish study (14).  There are also some prospective randomized trials in multiple sclerosis patients, but many of them are open label trials, have other methodological problems, or present inconclusive data.

Various interventional trials with vitamin D in multiple sclerosis have been attempted. In 2013, a meta-analysis of 5 trials failed to demonstrage a benefit in relapse prevention (96):

Of course, the correlation between vitamin D and multiple sclerosis could be driven by sunlight exposure, an obvious potential confounder.

​A retrospective study in Montreal revealed that controls had higher vegetable protein intake than patients with multiple sclerosis (odds ratio 0.38) (18).  The same study found higher intake of juice in control patients (though not of fruits).  The result are shown below comparing cases and controls, and correlations were found with various other factors including animal fat and various vitamins (18):

An old epidemiologic study in the United States found an inverse relationship between MS risk and fruit and vegetable consumption (along with fish) (50).