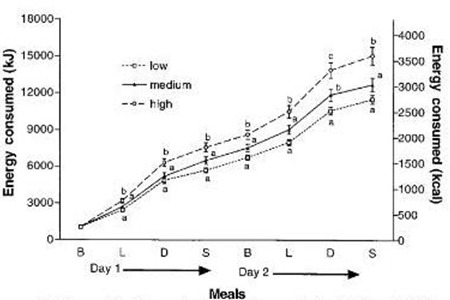 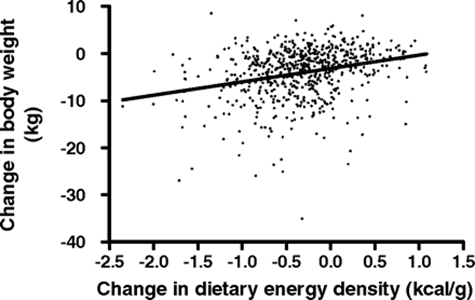 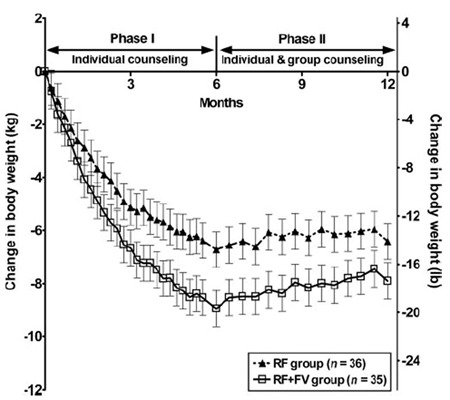 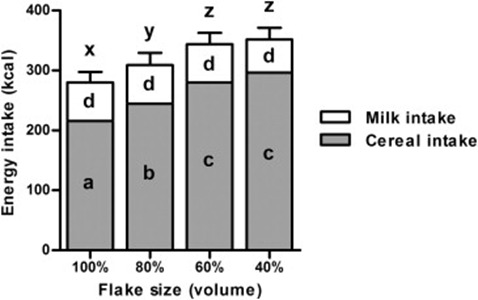 Evidence for the importance of caloric density

Is there any high quality evidence for the importance of caloric density for weight loss dieting in humans?

Sure.  The principle of caloric density is actually mentioned in the 2010 dietary guidelines for Americans released by the US department of Agriculture (16)

Here are some scientific papers:

Unless mentioned otherwise, these dietary studies allowed participants to eat ad libitum-as much as they wanted.

Epidemiologic or proof of concept studies supportive of the principle of caloric density:

In this wide scale survery of 9,551 adults, caloric density was correlated with obesity with a linear trend between increasing caloric density and both waist circumference and body mass index along with fasting insulin in women.

In this study, the investigators crushed a wheat flake cereal to create smaller galkes so that the cereal would become more compact.  When subjects consumed the crushed flakes, they consumed  a smaller volume of cereal but still consumed more calories (358 Calories vs 286 Calories for the standard flakes).  Of course, crushing the flakes did not change the caloric density, but these results argue that even the volume of presentation can effect caloric consumption.  Diagram to your right.

In this study, women treated with a low caloric density diet exprienced reductions in ghrelin, a neuropeptide which acts on the hypothalamus to stimulate hunger.

In this study, 46 women were fed pasta for lunch on multiple consecutive days.  The pasta was either lower or higher in caloric density (1.25 or 1.66 Cal/g).  The higher caloric density pasta led to greater total caloric intake by an average of 153 Calories.  Eating a salad prior to the pasta reduced Caloric intake of the pasta by 128 Calories on average.  A larger served portion size also influenced caloric intake upwards.

This study looked at different strategies for reducing caloric density, either by decreasing fat, increasing fruit and vegetables, or adding water.  These strategies were all effective, decreasing average total caloric intake by 396, 308, and 230 Calories per day respectively.  This study supports the idea that multiple strategies can be employed to reduce caloric density successfully.

This was a follow up study of the EatRight weight loss program.  78% percent had continued weight loss, stable weight, or regained <5% of their body weight.  Those more successful at maintaining weight loss did not have lower overall food intake but consumed fewer calories (suggesting lower caloric density of the diet)

"Our results indicate that low-energy-density eating habits are associated with long-term weight maintenance.  Those who maintain weight after the EatRight program consume a low-energy-density dietary pattern and smaller portions of food groups potentially high in energy density than those who regain weight."

Over the study, the average amount of food consumed by mass was remarkable similar in all three groups:

This study exemplifies a simple idea.  There are only two ways to reduce total caloric intake: reduce total food intake by mass or change the type of food you are eating such that it is lower in caloric density.

Clinical trials supportive of the principle of caloric density:

This is a one year dietary counseling randomized study on 97 obese women.  On group was counseled to reduce fat intake (RF), and the other groups was counseled to reduce fat and increase water rich foods (RF + FV), particularly fruits and vegetables.  The RF + FV group ate more total food volume, consumed a lower caloric density of food, and lost [modestly] more weight, and reported more satiety on average.

In a small study on the paleolithic diet in individuals with type II diabetes (12), the "paleolithic" diet was compared to a standard "diabetes" diet.  The "paleo" diet consisted of "lean meat, fish, fruits, vegetables, root vegetables, eggs and nuts" and produced equal reported satiety despite lower total calories on average.  Three men and ten women participated in the study which had a randomized cross-over design.  The authors note that the "paleolithic" diet had lower energy density (calorie density).  Compared to the standard diet, patients on the paleo diet were more likely to lose weight but more likely to complain about difficulty adhering to the diet, largely due to the elimination of wheat based products.

The DASH diet (Dietary Approaches to Stop Hypertension encourages consumption of fruit and vegetables (9–12 servings/d) and low-fat diary products (2–3 servings/d) and a reduced intake of fat (<25% of energy).  The association between caloric density and weight loss is shown in the scatter plot as shown.

" These data indicate that weight loss over 6 mo was related to the change in the energy density of the diet. "